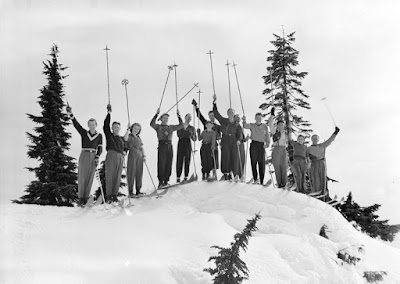 And here we are again, another year nearing its inevitable end, and me spouting my pop cultural opinions to the heavens as if anyone will hear them.  I don't really want to go into 2017.  You were there.  You know what we're dealing with.  You can probably feel the impending end of all things on the horizon as well.  I guess it was fun while it lasted.  Anyway, here are my 25 favorite albums of the year, in alphabetical order as per usual.  Like always, it was kind of hard to trim it down, some late year releases knocking out some older ones, but this is where i'm at.  Check 'em all out below while we still have the Internet. 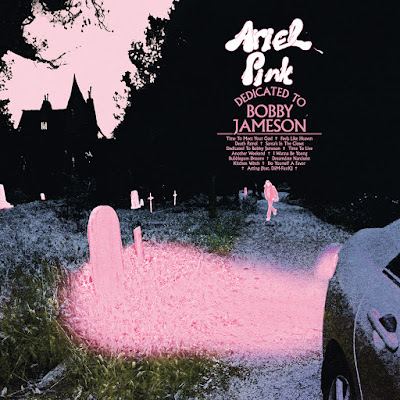 Ariel Pink - "Dedicated to Bobby Jameson"
A lot of much more talented writers than me have said that this is the album Pink has been threatening to make for years.  He draws from all aspects of his long, storied, weirdo career and crafts something that at times feels like the most accessible pop he's ever created while staying true to his freakish whims. 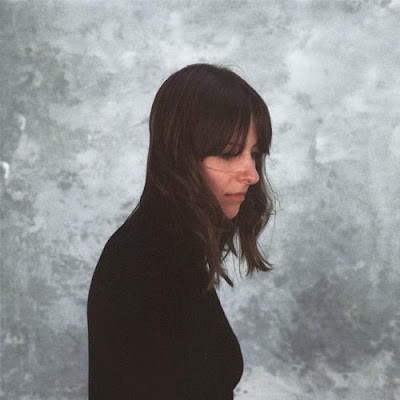 Molly Burch - "Please Be Mine"
There's a burgeoning folk and pop scene here in Central Texas spawning all manner of lovely and dusty Americana.  Pulling from old country, folk, shoegaze, doo-wop, and so much more, Molly Burch may just be the one to become the scene's breakout star.  She's amazing, and so is her debut. 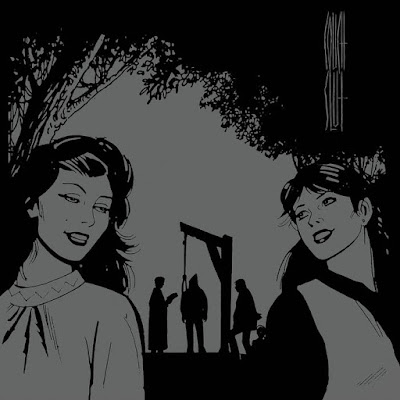 Couch Slut - "Contempt"
"Contempt" is noisy and ugly and brutal, and absolutely pummels the listener into some form of twisted, ear-ringing catharsis, like some form of shout therapy to exercise your demons. 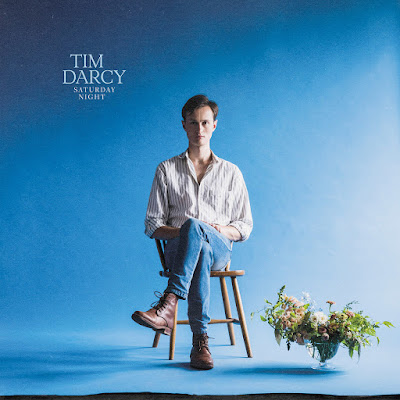 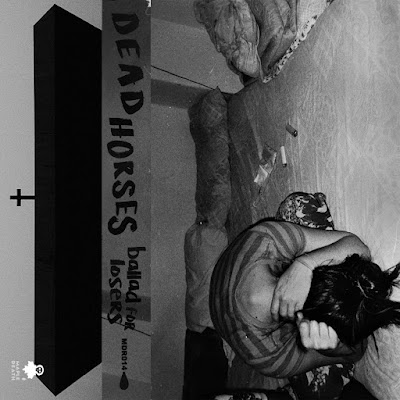 Dead Horses - "Ballad for Losers"
Every year i seem to completely lose myself with a genre, immersing myself in all the lovely ups and downs it has to offer, and making it my go-to for the year, be it synth pop or black metal or psychedelia or whatever.  This year for whatever reason, i've been a total sucker for country-tinged punk rock records OR for punk rock-indebted country records.  I call it cow-punk, and 2017 has offered me a whole slew of excellent releases, like the latest from Italian band Dead Horses.  I keep going back to this cassette over and over and over again, and you should too. 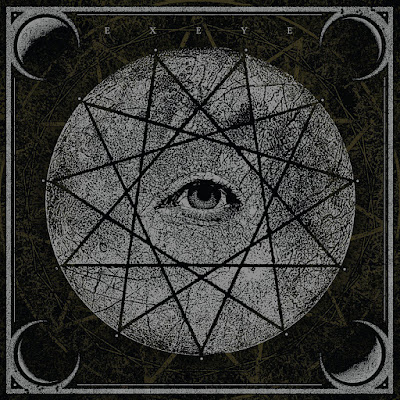 Ex Eye - "Ex Eye"
I think one could make a really strong argument that saxophonist Colin Stetson is probably the most talented musician running around the indie circuit these days.  If you've never seen him play, i must implore you to do so.  His ability is otherworldly.  And whether playing with Arcade Fire or solo, his sound is to die for.  And now he's got a full band and they play a kind of jazz fusion metal thing that just kicks so much ass, i can't even stand it. 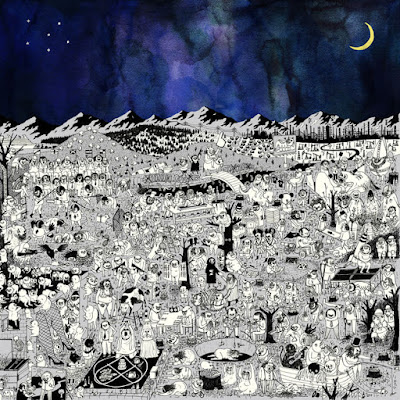 Father John Misty - "Pure Comedy"
Let's be honest.  If i was in a room by myself with Father John Misty, i'd probably punch him in the face.  The man is a total troll, and pretentious asshole, but damn it if he doesn't have a perfect record when it comes to music.  "Pure Comedy" is his most ambitious project to date, and to be fair, it is totally overwrought and overstuffed, but that's kind of what makes it work.  It's not for everybody, and i'd never in a million years want to feed J. Tillman's ego, but he certainly borders on mad genius. 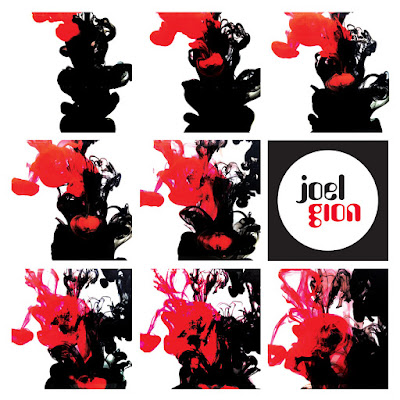 Joel Gion - "Joel Gion"
A late entry for this year's faves, but this solo record from The Brian Jonestown Massacre's notable tambourine player has been stuck in my head for a month now, it's airy and psychedelic grooves setting my mind at ease. 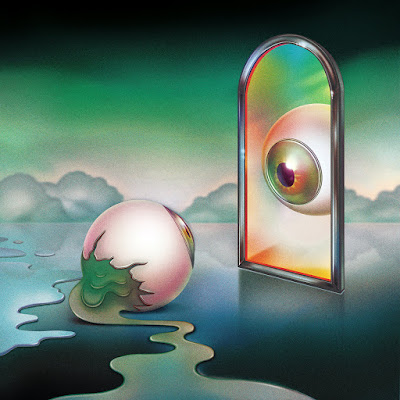 Nick Hakim - "Green Twins"
Nick Hakim's "Green Twins" is an intoxicating mix of lo-fi bedroom pop, psychedelia, and rhythm and blues.  Nothing else sounds like it this year.  Get this guy on your radar now. 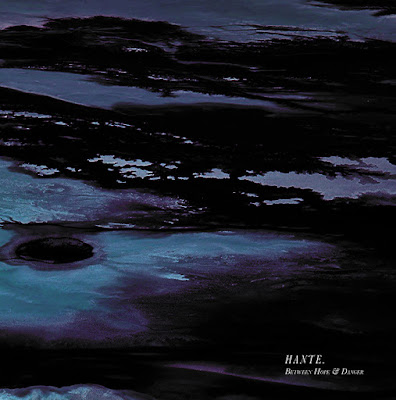 Hante. - "Between Hope and Danger"
Cold and icy Darkwave synth pop from a member of French synth band Minuit Machine.  My favorite. 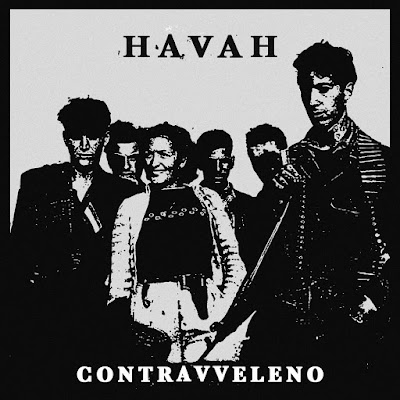 Havah - "Contravveleno"
The Italians were really representing this year, and the latest from post punk band Havah is top notch.  The record centers around old stories the band listened to from people describing how their country turned into a fascist state 80 years ago.  Funny how relevant that still is. 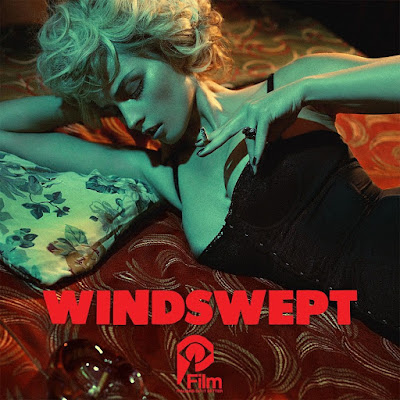 Johnny Jewel - "Windswept"
I was OBSESSED with any and all thing "Twin Peaks" this year, even tangentially so.  Johnny Jewel's "Windswept" contains music inspired by the series and even had a track appear in the revival, and it's oh so good.  Plus, until Chromatics release "Dear Tommy," i'll have to take any music from Jewel i can get. 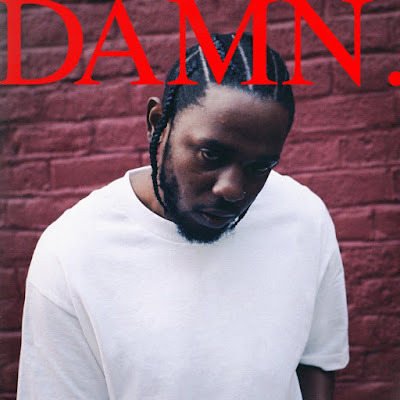 Kendrick Lamar - "DAMN."
I really didn't listen to enough hip-hop this year, but i guess nothing hit me the right way.  But, it's good to know that i can always, always, always count on Kendrick Lamar to show me the way.  I thinks it's safe to say that he is the best rapper in the world right now. 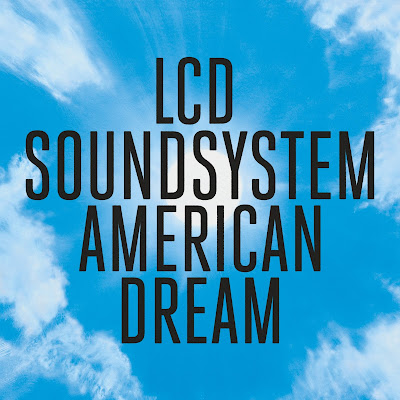 LCD Soundsystem - "American Dream"
Some part of me always knew that they'd be back.  And i always knew i was going to dig it regardless.  And i knew it would be good.  But i didn't expect it to be my favorite album of the year, and i really didn't think it would be the band's best work to date.  "American Dream" speaks to the older guys and gals that still party from time to time...it just hurts a little more the next day.  Maybe we don't know what's hip anymore.  Maybe we're getting old and lame.  But we're still here.  And you can't make us leave. 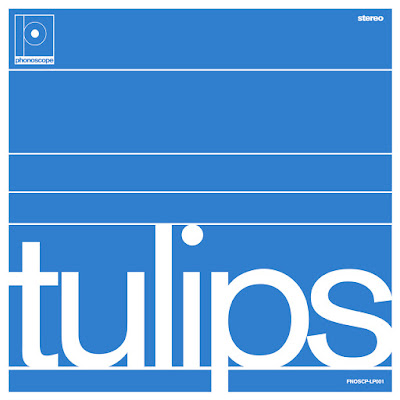 Maston - "Tulips"
"Tulips" sounds like the past, a scratch and warbled past assembled from old snippets of library music, kosmiche melodies, and found footage to soundtrack only the best and fondest daydreams. 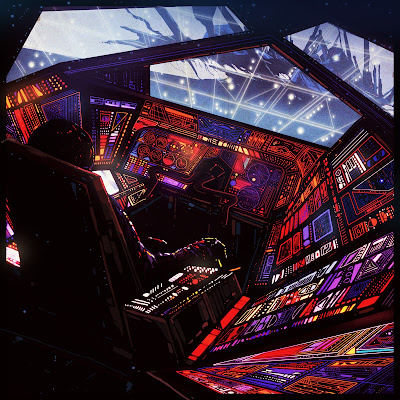 Pilotpriest - "Original Motion Picture Soundtrack"
I'm kind of cheating a little bit here (something that will happen again on this list), as this album actually came out all the way back in 2012, though i was unaware of it until this year when Waxwork issued it in physical form for the first time in an absolutely beautiful 3LP set.  Of all the albums that came out this year featuring synth soundtracks for imaginary films, this one is my absolute favorite. 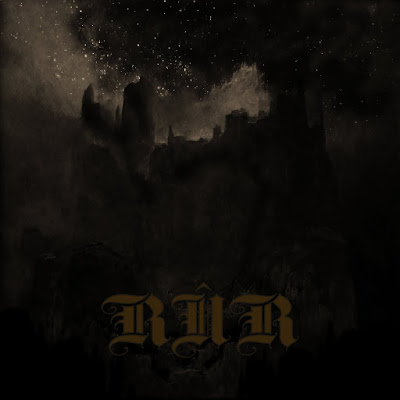 RÛR - "RÛR"
Another album that came late in the year, but this collection of atmospheric black metal has proven to be just the mood music i need for this holiday season. 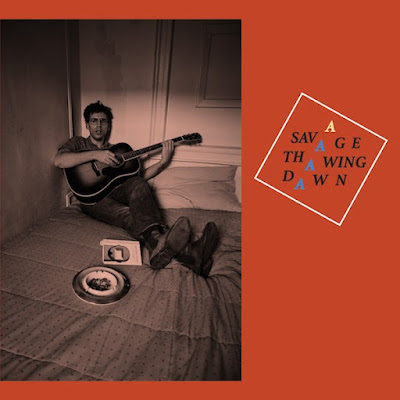 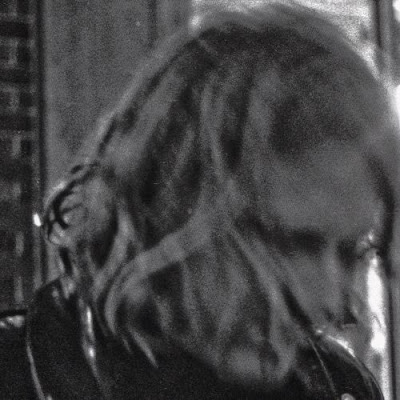 Ty Segall - "Ty Segall"
Like i'm not going to love the heck out of the latest Ty Segall album.  This year's self-titled record pretty much captures the artist in all of his many hops, grooves, and wails, giving you a good listen of his repertoire. 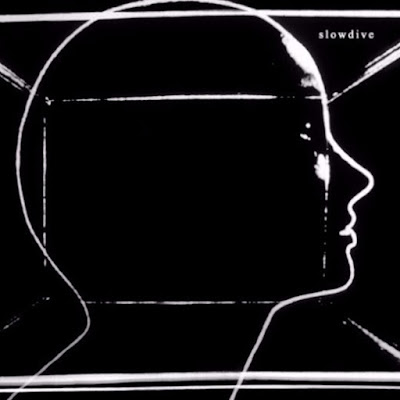 Slowdive - "Slowdive"
Slowdive, i missed you so much.  You put out two records in the 90's that meant the world to me, and then you disappeared back into the ether that spawned you when i was too young to appreciate what i missed.  But you're back now, and amazingly, you didn't even miss a beat in 20+ years you were gone.  The self-titled record is as grand as anyone could have ever hoped for.  Please stay with us this time. 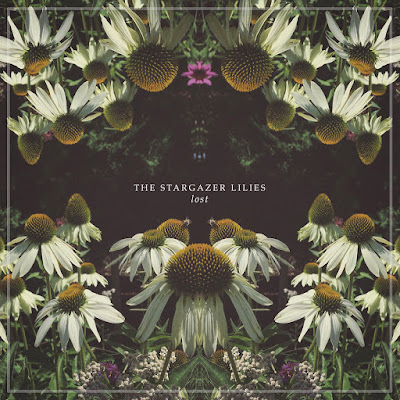 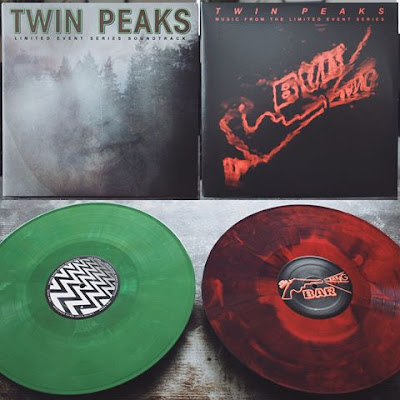 "Twin Peaks" Limited Event Series OSTs
So cheating again here, as this is two records, and they're compilations of music used in "Twin Peaks," music performed on "Twin Peaks," and original score from "Twin Peaks."  Everything i watched and read and listened to and absorbed this year was through of a tinted haze of Lynch's cinematic televised masterpiece.  If 2017 was a sea of shit, "Twin Peaks" was my raft.  And i'd be doing this list a grave injustice not to include the music from the series. 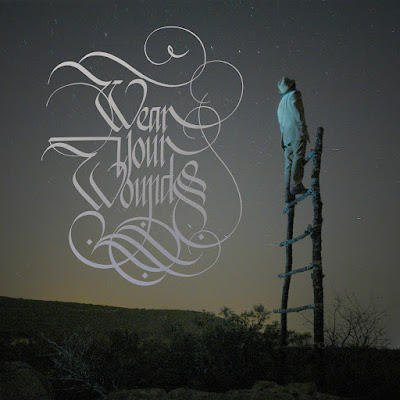 Wear Your Wounds - "WYW"
The side project of Converge's J. Bannon, Wear Your Wounds is dark, heavy, and emotional, a chance for the artist to slow things down and really dwell on the anguish. 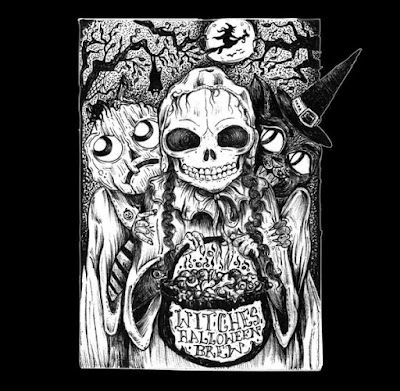 "Witches Halloween Brew" Mixtape
I'm going to cheat just one more time here and include another compilation of music, this time around as a mixtape assembled by UK label Burning Witches Records for release on Cassette Store Day this year (yes, that's a thing).  It features a ton of amazing synth bands like Xander Harris, PYE Corner Audio, and more, and i've pretty much been listening to it religiously since before Halloween.  So what if it's almost Christmas. 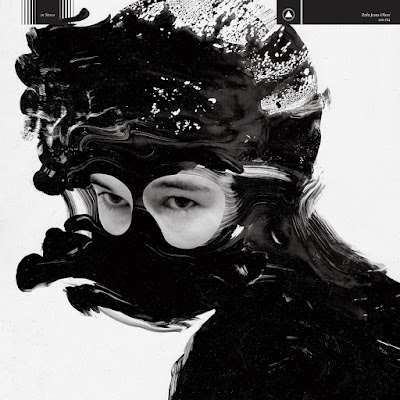 Zola Jesus - "Okovi"
On on "Okovi," Zola Jesus combines otherworldly goth yearning with synth pop, and the results are amazing.  Dramatic, cinematic, and emotional to the core, "Okovi" feels like what everything the artist did prior was leading up to.


And there you have it.  Tune in later this week for other fun lists!

Email ThisBlogThis!Share to TwitterShare to FacebookShare to Pinterest
Labels: 2017, albums, Best of