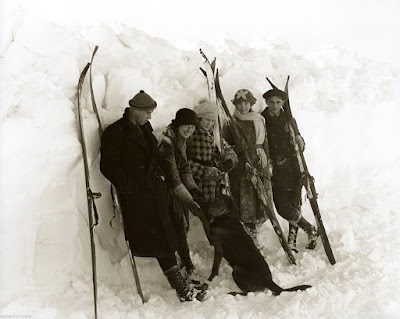 Well, there's really no reason for me to delay this last year-end list any longer.  The odds of my being able to squeeze in any more films in the next three days are exceedingly low.  And that's okay.  I've made my peace with it, though i am quite sure that "The Shape of Water," or "Thor: Ragnarok," or "Bladerunner 2049, or "Brawl in Cell Block 99," or any other number of movies would make their way into my favorites of the year.  And in the event i catch any of them in the next couple of days, maybe i'll update this post, but until then, here are my 9...kind of 10...favorite movies of 2017.  Check 'em out. 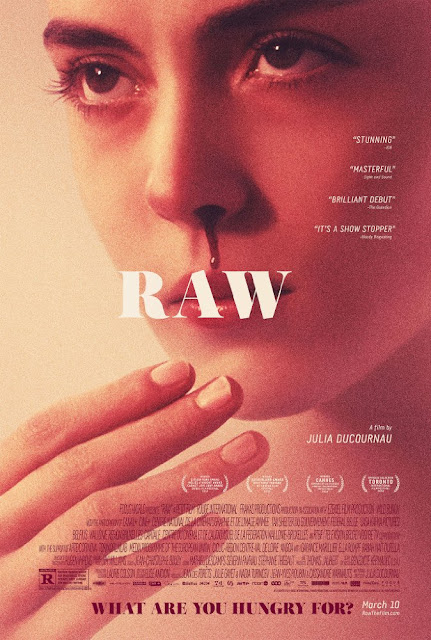 10. Raw
Julia Ducournau's cannibal opus is about as wonderful and bloody as a coming of age story can be, a young vegetarian girl, away from home in her first year of veterinary school, her life and world growing and changing around her, all as she discovers a taste for...meat.  This is a wholly original and fascinating film that sticks with you long after the final frame. 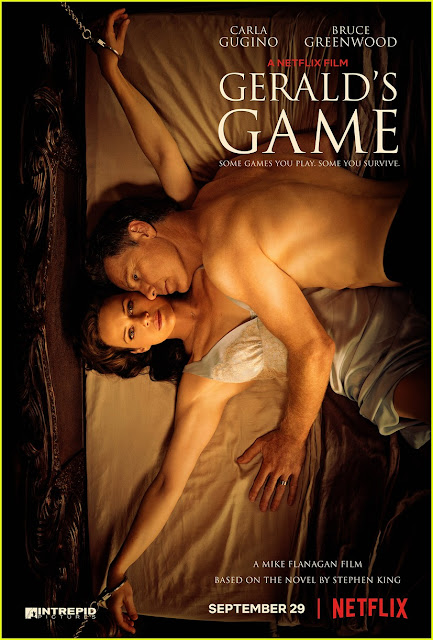 9. Gerald's Game
The first of two Stephen King adaptations on the list, as well as the first of two Netflix movies on the list, this Mike Flanagan directed horror film contains easily the gnarliest gore scene i saw all year, along with legit scares, mounting dread, and an excellent performance from Carla Gugino.  The ending is a little fumbled, but the hour and a half that precedes it mostly makes up for it. 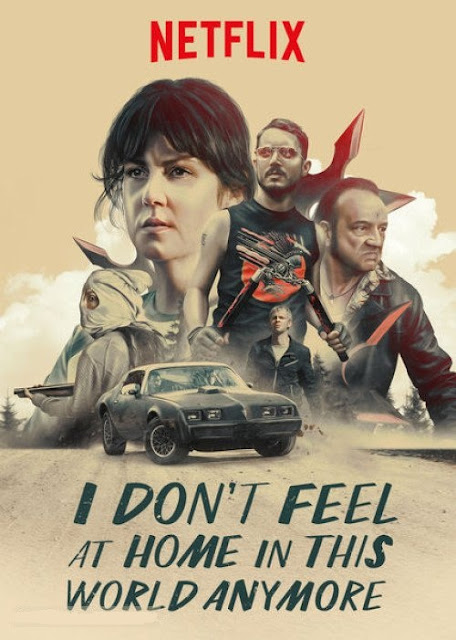 8. I Don't Feel at Home in This World Anymore
Character actor Macon Blair's directorial debut is a force, a hilarious and often violent force.  I did not expect to like this movie as much as i did, but this quirky little "revenge" flick hit all the right notes, from the aforementioned comedy and violence to a knockout performance by Melanie Lynskey.  And Jesus Lizard front man David Yow is in it too!  That practically sells the film all by itself. 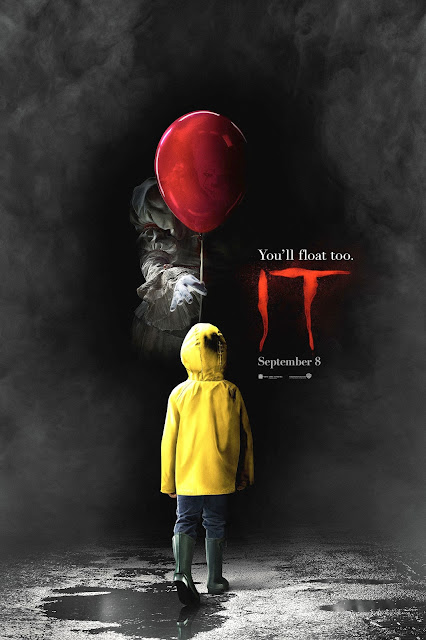 7. It
Certainly the film i was most excited for this year, Stephen King's 1986 novel being one of my all time favorite books, and Andres Muschietti's first adaptation gets it mostly right.  Bill Skarsgard's Pennywise is terrifying and visually fascinating, making the character his own with all due respect to Tim Curry's iconic performance from 1990.  Where the film really shines though is with just how likable the "Loser's Club" is, the child actors crafting characters you would have wanted to hang out with as a kid, the friendships feeling organic and palpable.  Here's to the upcoming Chapter 2. 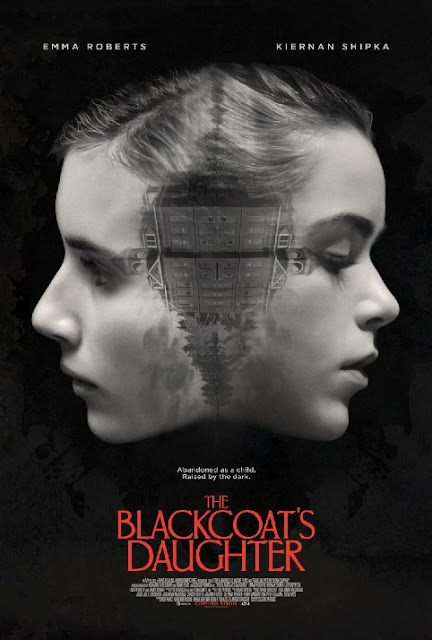 6. The Blackcoat's Daughter
Haunting atmosphere and creeping dread so thick, you feel it in your bones, Oz Perkins' (son of Anthony) film is the perfect slow burning slice of terror, something to watch on a cold, dark, and quiet night at home, the wind blowing outside, your heart pounding in your ears.  Brother Elvis provides the equally amazing sound cues for one of the best horror movies of the year. 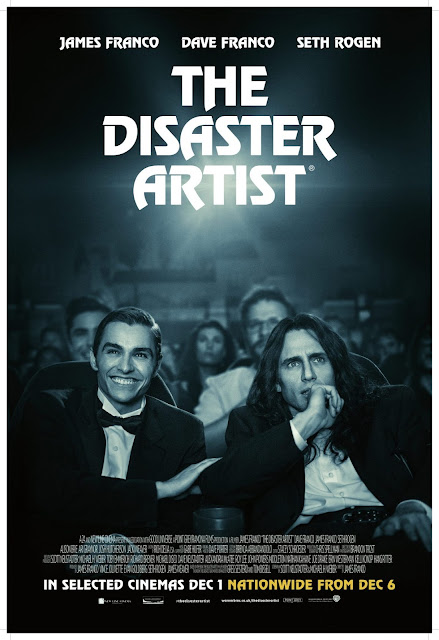 5. The Disaster Artist
I'm not a fan of liking things ironically, though i have loved "The Room" ever since my first bewildered viewing.  Every aspect of the movie is terrible...like otherworldly terrible, but the whole almost alien nature of the thing makes it difficult to avert your eyes.  And it's hilarious.  Terrible, alien, and hilarious.  So naturally it became a cult, midnight movie thing.  And then there was a book.  And then James Franco of all people optioned the book and made it into a wonderful, funny, and heartfelt film.  Franco's portrayal of Tommy Wiseau along with brother Dave's onscreen take of Greg Sestero paints a picture of an often strained friendship forged and challenged by the duo's own aspirations.  It's funny and ridiculous and surprisingly moving too.  Franco's Wiseau is more than just caricature.  There's a real humanity coursing beneath the exterior of this strange, strange man, and now there's some added depth and nuance to "The Room."  Who would have ever thought? 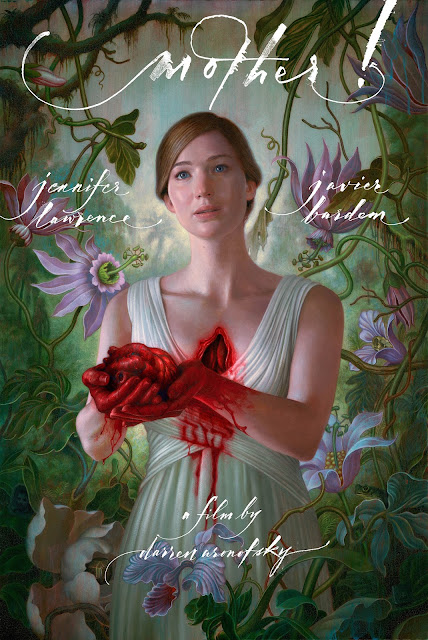 4. mother!
Looking online, it appears that Darren Aronofsky's latest received a VERY divided response among viewers and critics.  People either loved it or hated it.  There was no middle ground.  Obviously i'm one of those who loved it, and it's been hard to get it out of my head ever since watching it.  Steeped in Biblical allegory, the film is like nothing else out there, dream logic and symbolism displacing any kind of solid or linear narrative for something far more subjective, and with top notch performances from every actor in the film.  This is one to be dissected for years to come. 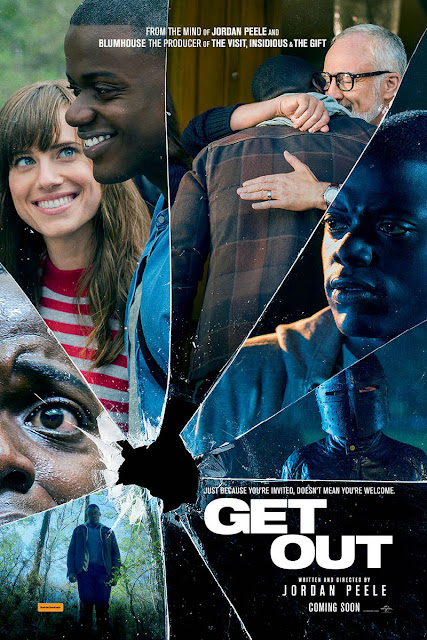 3. Get Out
Maybe the most important movie of 2017, the debut feature length film from Jordan Peele is timely social commentary masquerading as a horror film, which has long been something many of the best horror films do.  A terrifying picture of what it means to be black in America and a skewering of the insidious racism lying within most, if not all, of our institutions, Peele's film moves with an assuredness not usually seen in a director's first stab at filmmaking.  It's real.  It's scary.  And it's also funny.  Fantastic things are in Jordan Peele's future, and we are all the better for it. 2. Baby Driver
Edgar Wright's latest wears its love of cinema and pop music on both of its sleeves to frenetic and delightful effect.  A highly stylized heist and chase film that also happens to be a love story, the film flashes and grooves along, its assortment of character actors appearing to be having the times of their lives, all set to a soundtrack for the ages.  This movie is fun, a blast from start to finish, and we all often need something like that in our lives.  It's also my favorite movie of the year...well...unless we're counting this other thing... 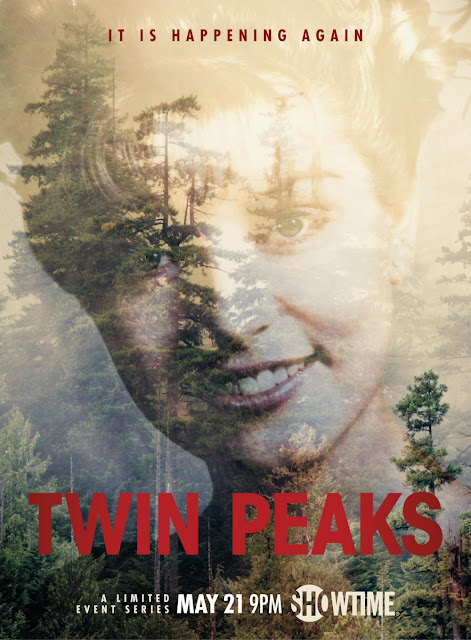 1. Twin Peaks: The Return
Personally, i consider the latest chapter in Mark Frost's and David Lynch's magnum opus to be television.  Amazingly great television.  But there are some folks out there, the show's creators included, who claim that "Twin Peaks" is just a really long, serialized, 18-part film.  And maybe that's the case, but regardless, TV or cinema, the show was my favorite thing from 2017.  It was my obsession, and it cloaked every other piece of pop culture ephemera this year, from the music i loved to the movies i watched, in its strange and dreamy glow.  It's made me want to go back and re-watch Lynch's entire back catalog.  And also, hopefully, it reminded everyone just how fucking cool Kyle MacLachlan is.  I feel like we'd forgotten that.

Anyway, those are my favorite movies (and show) of the year.  Stay tuned for any last second updates that could appear before Sunday night.  What were your favorites?

Email ThisBlogThis!Share to TwitterShare to FacebookShare to Pinterest
Labels: 2017, Best of, Movies, trailers